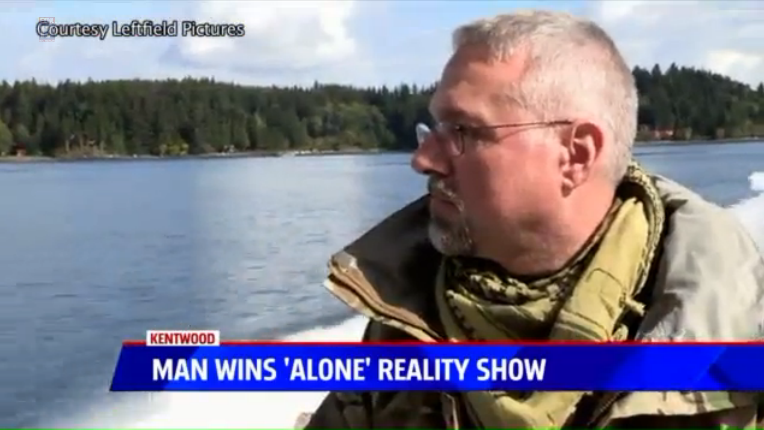 KENTWOOD, Mich. - After spending more than 60 days alone in the wilderness, forced to live off the land, David McIntyre survived and walked away with $500,000.

McIntyre was one of ten people dropped off on Vancouver Island in British Columbia as part of the History Channel's survival series, "Alone."

"I was out there 66 days alone, surviving with a full time job as a wilderness photographer," said McIntyre. "There was no way I was tapping out of this."

The name of the game is survive as long as you can. Each contestant was given a satellite phone, and given the option to 'tap out' at any time. Weekly medical checks were their only touch with humanity. Each person was completely alone with no camera crew, required to film their struggle for survival in an effort to take home $500,000.