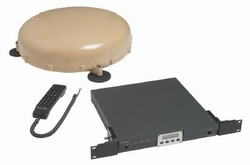 The BGAN Service is the only mobile satellite solution to offer simultaneous broadband data and voice through a single transportable terminal that offers connectivity from virtually anywhere on the planet. The BGAN service is also the first functionality to offer guaranteed data rates on demand for live video streaming and videoconferencing. BGAN terminal accessories allow for use indoors and outdoors.

Models may vary in terms of degree of ruggedization, however most are robust enough to withstand challenging environments and extremes of temperature that exist in Mining…as an example. There are also several mobile highly ruggedized vehicular BGAN terminals which are equipped with an omni-directional muti-axis antenna, allowing for signal consistency while tracking in a vehicle.

Let’s use the Mining Industry again in our example of what the BGAN Service can offer. There is virtually an unlimited opportunity for implementation of the Inmarsat BGAN technology in the mining industry. Never before has mobile satellite services functionality been able to offer such a potent combination of instant, remote simultaneous voice and high-speed data connectivity using such a compact, cost effective, ruggedized terminal AND offering it in a “plug and play” configuration.

BGAN allows you to send test data, monitor equipment performance, transmit images and video immediately from remote location sites to base operations. Off site expert analysis of the real time data will result in increased productivity by minimizing downtime through anticipating problems and resolving them before they materialize in the form of equipment breakdowns. All phases of the mining cycle will benefit from more efficient operations and reduced costs by using BGAN, from mineral exploration to site establishment, site construction, security, operation and even closure phases of a mine.